eTrendyStock
HomeNewsCorona Crisis and German Parties: The Struggle for Normality
News
May 3, 2020

Corona Crisis and German Parties: The Struggle for Normality 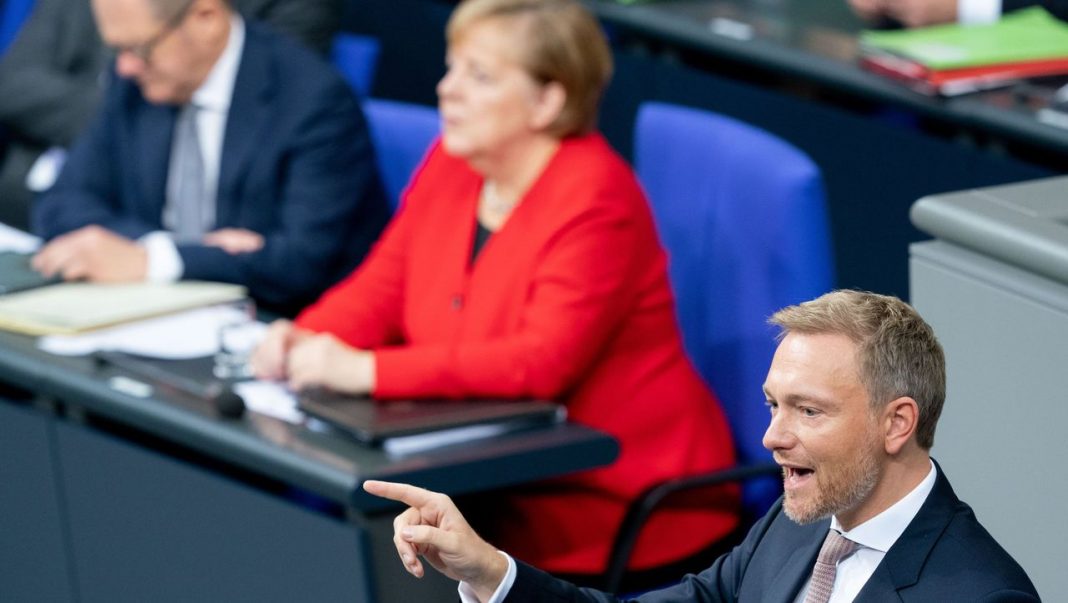 How unusual this corona crisis is was shown in the early stages by the fact that the usual struggle of opinion of the parties had almost disappeared. As recently as March, there were hardly any systematic differences between parties and political camps.

There was astonishing agreement among the parties, the opposition did not quite get into opposition, if only because, apart from the AfD, all Bundestag parties in federal states are in government responsibility and decisions were mostly taken in concert.

That has changed noticeably over the past two or three weeks. The division of society into “team risk” against “team discipline” is also reflected in politics.

The differences between positions are often not very great, there is no agreement in the parties, not in the population anyway. It is true, especially in the Corona crisis, that every knowledge is only temporary. But there is a growing front line.

On the left you can hear the word relaxation lobby, the SPD health politician Karl Lauterbach is touring talk shows as a warning, Angela Merkel allegedly criticized opening discussion in an internal meeting and is basically supported in her course by Markus Söder and the CSU. The greens also share such positions by the majority.

On the other hand, the FDP calls for very early and increasingly shrill easing. Party vice-president Wolfgang Kubicki wrote a guest article in the “Welt” entitled: “Easing is not an act of mercy, but a duty” and he impforms the state governments of their desire to exercise power. There are also calls for easing from the CDU-affiliated Economic Council and particularly prominently from Armin Laschet. From the AfD as well.

This development is particularly remarkable when one thinks back to the beginning of the pandemic: the path to contact restrictions seemed like a race for the toughest measures. CSU leader Markus Söder in Bavaria pushed resolutely, as it was often described. He succeeded Austria’s chancellor Sebastian Kurz, a model of many conservatives, and one got the impression that the conservative-bourgeois maker was right here.

For the crisis manager as a political figure is characterized by pragmatism, clarity, coolness and, if necessary, toughness. It does not follow ideology, but the necessities of the situation.

Thus he is rather not a left-wing figure, but fits much better with the conservative-liberal-bourgeois self-narrative than ideologically. Moreover, the Union has always marketed itself as a party of internal security, control and the police. Hard anti-corona politics was therefore more black than red or green.

The Bavarian Prime Minister still advocates the same line, but the world around him has changed. Suddenly, left-wing parties have been standing with Markus Söder since.

This is all the more necessary because the parties’ position on the measures has not been developed for long. It did not exist two months ago and it could be justified in a very different way – sometimes it even contradicts some core convictions.

Thus, on the basis of the parties’ own convictions, many combinations of easing advocates and opponents of easing could be justified.

So the question is how to explain that the party system has sorted exactly as it has sorted itself. In Armin Laschet’s case, there may be a certain need to take a recognizable position in the INTERNAL power struggle within the CDU. The Greens probably also have repulsive forces: where the AfD stands, the Greens do not want to be. From where the FDP is rushing, the left wants to leave.

An obvious explanation is also economic policy. The FDP and the economic wing of the Union are close to the economy – and it is increasingly pushing for easing. It probably matters.

The AfD, however, is already at a stake as to whether it should actually cultivate or reject its neoliberal heritage. Moreover, it does not necessarily follow that the more left-wing parties, the Merkel-CDU and the CSU, are against very rapid easing. Moreover, it is in fact completely unclear what will help the economy in the medium and long term.

Perhaps a key to understanding lies in another term that is currently making the rounds: normality.

Olaf Scholz said the much-publicized phrase a while ago: “What we need now is a new normal for a long time”. Winfried Kretschmann also promotes a “new normal”. Markus Söder spoke of a “normality with Corona. There will be no other normality for the foreseeable future.” Greens leader Robert Habeck asks in a text: “What normality do we really want back? The word “back”, the wrong word, is the wrong word. More precisely, one would have to ask: what normality do we actually want to go to?”

In contrast, Christian Lindner said in a recent interview with the “Stern” that “I lack a strategy for gradually returning to normality.” And As Armin Laschet put it: “We need a roadmap to a vigilant, responsible normality.” The AfD parliamentary group wrote in a statement that Germany must “return to normality as soon as possible.”

Looking at this discussion about Corona normality, it is striking that the current order of the parties is strikingly similar to the constellation that has already developed in recent years when it comes to dealing with impositions to the old normality.

Feminism, the emancipation of sexual minorities, including language, the reworking of colonialism and the renaming of streets, religious pluralization and anti-racism – time and again, groups that were not visible or not equal to others demanded rights and thus put the old normal under pressure to justify it. In addition, there is climate protection, which also calls into question the normality of the past.

Is there a right to a certain normality?

A part of the population accepts this reproduction of normality and affirms it. Another part reacts with sometimes fierce rejection. This part has long been addressed by the AfD, and increasingly also by the FDP.

The Union suffers particularly from the social division on this issue. Some of them address the defenders of normalcy, but their greater part around Merkel has been closer to the left parties than to the FDP, as Christian Lindner positions them, or even the AfD. Markus Söder has been pushing his CSU noticeably in this direction for some time, when he promises to make it younger, greener and more urban.

These basic attitudes now meet a reality in which the old normality and many certainties have broken. The corona crisis is characterized by non-knowledge of causes, connections and consequences, by uncertainty, limitations and complete openness – and by the fact that the scientific findings look more like a return to the old normal is difficult to imagine.

Thus, the current order of the party system on this issue can perhaps also be explained by the fact that some have become more accustomed to the idea that it will not continue as it has been normal for a long time, and that no one has an eternal right to this very normality. While others who arehave already made it their task, defending precisely this normality.