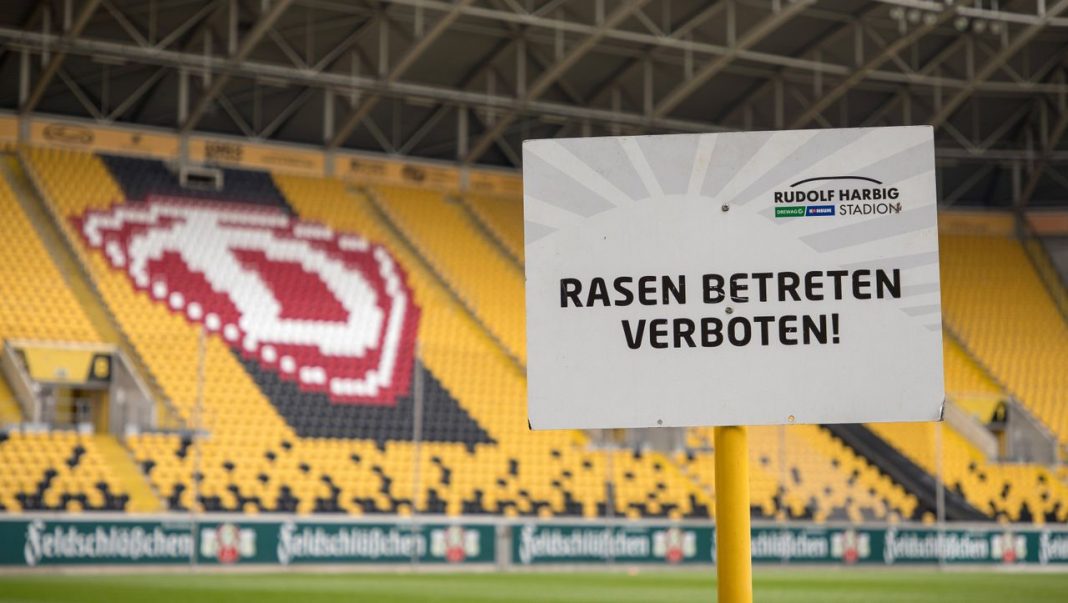 After two more positive Corona cases, the entire team of the football second division SG Dynamo Dresden has been placed under domestic quarantine. As the club from Saxony announced on its website, the health office in Dresden, which is responsible for the SGD, had “decided on this on Saturday after an intensive analysis of the situation.”

At this point you will find an external content of Twitter, which complements the article. You can view it with one click and hide it again.

I agree that I may see external content. This allows personal data to be transmitted to third-party platforms.

This means that the club will not be able to participate in the second division in the next 14 days, which is scheduled to start again next week after the two-month corona break. (Read more about the plans for the reboot of the Bundesliga here).

Dresden should have played at 1.30 pm on 17 May at Hannover 96. “The fact is that we will not be able to train or participate in the game in the next 14 days,” explained Sports Managing Director Ralf Minge.

Dresden is the first club from the two professional leagues to take this drastic measure before the planned resumption. “Dynamo Dresden informed the DFL in advance. At the beginning of next week, we will determine the next steps with regard to the appointments of Dynamo Dresden,” a spokesman for the German Football League said.

The club did not name the affected players, citing privacy. They had been medically inconspicuous in recent days and are still symptom-free, said the club, which had already reported a positive result after the first series of tests.