eTrendyStock
HomeBusinessConsolidated financial statements: Berlin airports: Even without the Corona loss in the
Business
June 13, 2020

Consolidated financial statements: Berlin airports: Even without the Corona loss in the 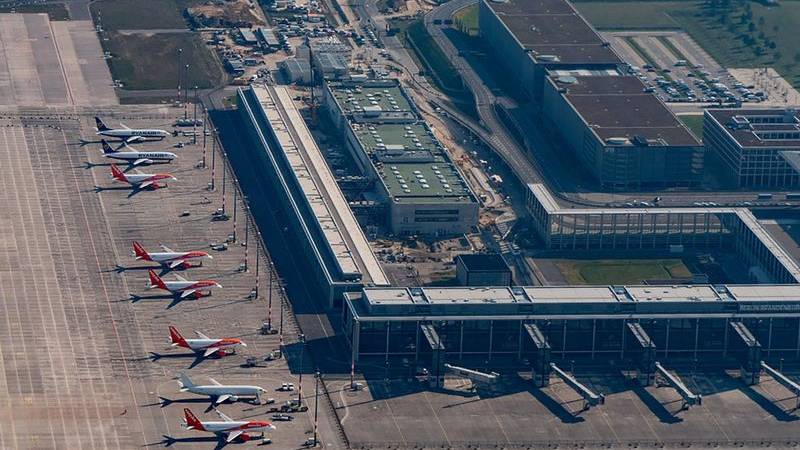 The Berlin-Brandenburg airport company would have slipped this year, even without the Corona-crisis deeper in the red. This is apparent from the consolidated financial statements of the company published on Friday evening.

“Due to the effects of the Corona-pandemic shortfall is now expected to increase in the group’s year”, – stated in the report, which was adopted on Friday in the shareholders ‘ meeting in Berlin, Brandenburg and the Federal government as the airport owner. A reliable estimate is not possible.

Liquid the company is, therefore, still into the first quarter of 2021, only if the planned Capital from the owner. You want to make up to 300 million euros, in addition to the sales to compensate for losses in the Corona-crisis this year. This corresponds to about two-thirds of the usual annual turnover. Instead of the almost 36 million passengers in the previous year, the company expects this year in the best case 10 million.

In addition, the state has signed up for the next four years, a financial needs of 792 million Euro, Essentially in order to pay invoices for the BER. The owners want to fill the gap in half, the Rest of the money to procure the company itself. Airport CEO Engelbert Lütke Daldrup assumes that the company makes from 2025 profit.

“In the overall analysis, the management sees the FBB in the long term well-positioned for a positive further development”, – emphasized the CEO Lütke Daldrup and Manfred Bobke-von Camen. In the past few weeks, doubts had been according to. Reports that big financial problems and inability to pay threatened, rejected the company but always.

Going-concern risk for the company are through the disease is not apparent, the report says. After the financial crisis of 2008/2009, and the Europe-wide airspace after the eruption of the volcano Eyjafjallajökull ten years ago have recovered the aviation industry quickly.

Profit earner last year was back to the airport Tegel, which brought an increase of 131 million Euro. 31. October is supposed to go, after years of delays, the new capital airport BER in Schoenefeld, operation and Tegel, a few days later.

Nine months later, the site falls in the country. The airport company must adhere to two and a half years for ground contamination and pollutants in buildings. Significant payments the company expects, however. The old terminal in Schönefeld will be more nearly ten years.

Higher bonuses in the past year, the remuneration of the managing Director on the rise. Airport CEO Lütke Daldrup received an annual salary of 521.000 euros 56,000 euros performance-based compensation. A total of 18,000 euros more than in the previous year.