eTrendyStock
HomeBusinessConsequences of the pandemic: Parcel deliveries take longer due to Corona measures
Business
May 1, 2020

Consequences of the pandemic: Parcel deliveries take longer due to Corona measures 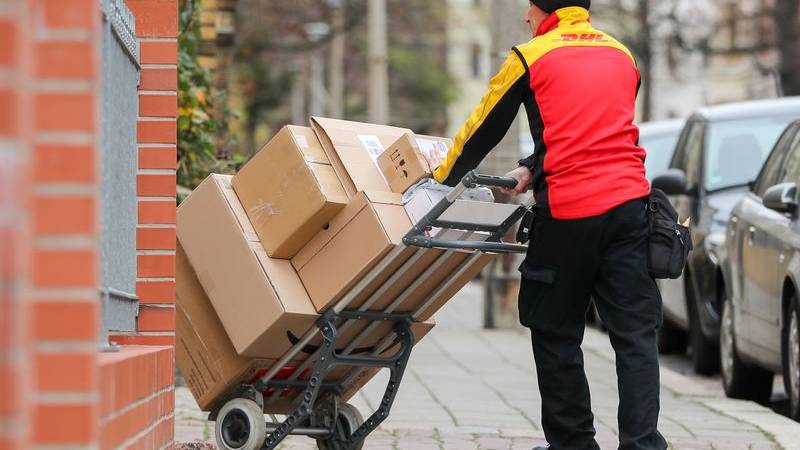 According to the parcel service providers, the protective measures required in the Corona pandemic partly ensure that parcels arrive at the customer’s home later.

“With several million additional parcels per day, there will always be cases where the usual running times of one to two working days are exceeded,” said a DHL spokesman for dpa. This is also due to the fact that, for example, protective measures in the sorting centres delayed the processes.

Hermes is also aware of this problem: at the logistics sites, only smaller shifts and alternating groups can be worked in order to maintain the necessary minimum distance, it was said. “The security measures mean that, as parcel volumes increase, timely sorting and delivery is quite challenging,” said a spokeswoman. The standard deliveries of Hermes would arrive largely normally, but particularly bulky shipments would sometimes take longer.

DHL is on the road to recovery: at times, 14 percent of shipments have been on the road for more than two days, but now it is less than 10 percent, the spokesman said. On the other hand, 70 percent of the parcels would arrive at the customer’s home one day after they were dispatched. According to the company, customers sometimes have to wait longer in the big cities, especially in Berlin.

Telling recipients as accurately as possible when the package will arrive was one of the biggest challenges that parcel services are working on before Corona’s time. The unusual delays now make this more difficult. The company said that both DHL and Hermes were working with forecasts based on experience. However, these would only be partially valid in the new Corona environment. This could sometimes be the case for incorrect calculations. DPD says it can still accurately predict arrivals on 60 minutes for more than 90 percent of shipments.

In order to cope with the flood of parcels, which are at the pre-Christmas level at DHL and Hermes, the companies have hired new workers – at DHL there are currently around 2000. Hermes is trying to make up for their lack of local knowledge with digital helpers in tour planning. DHL also sees the requirements as being affected by the induction, as the minimum distance between colleagues is to be maintained. “As in all professions, new colleagues are of course more likely to make mistakes at the beginning of a new job than to long-term employees.”

Competitor DPD also reports significantly higher parcel volumes – those to private customers could now compensate for the loss of the business unit. Delivery is stable and unrestricted. UPS declined to comment further on the company’s operations.