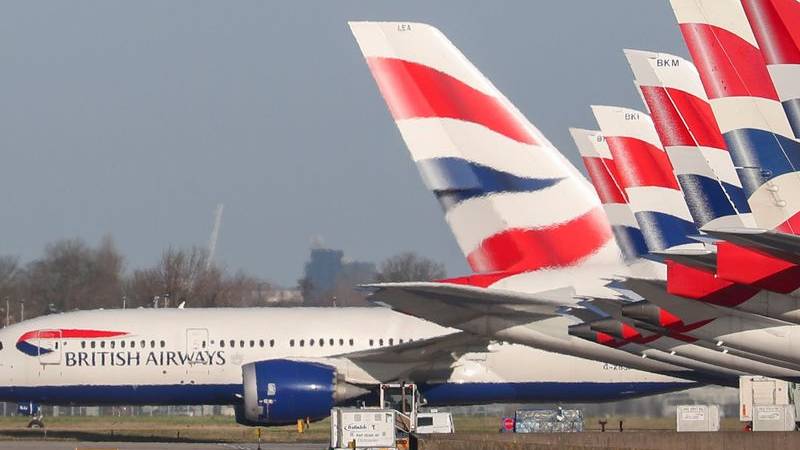 British Airways parent IAG has suffered a multibillion-dollar loss in the first quarter due to the coronavirus crisis and is considering cutting up to 12,000 jobs.

As it is expected to take years for passenger demand to return to 2019 levels, the company wants to talk to unions about restructuring. It is initially a matter of proposals for talks, IAG announced in London on Tuesday. But most of the last 45,000 employees are likely to be affected.

In a letter to staff, British Airways chief executive Alex Cruz wrote: “In recent weeks, the outlook for the aviation industry has deteriorated further and we need to take action now.” Many crises have been overcome in the company’s 100-year history. “We also have to overcome this crisis ourselves,” Cruz stressed.

The loss, adjusted for special effects, amounted to EUR 535 million between January and March, IAG reported. A year earlier, the company had made an operating profit of 135 million euros. At first, there was no information on the bottom line. The loss is likely to be significantly higher in the current second quarter, IAG warned. In addition to the operating loss, there is currently a charge of 1.3 billion euros for currency and kerosene price hedging transactions, it added.

Group sales in the first three months fell by 13 percent year-on-year to EUR 4.6 billion. The Group intends to present detailed figures on 7 May. At the end of March, the Group had financial resources of EUR 9.5 billion at its disposal, of which EUR 6.95 billion was in cash. In addition to British Airways, IAG also includes Iberia, Vueling, Aer Lingus and Level.

British Airways had already suspended tens of thousands of staff at the beginning of April due to the Corona crisis. The airline has about 4,500 pilots and 16,000 cabin staff. In addition, there are ground staff and technology. The pilots’ union Balpa announced that it would fight to preserve every single job.

IAG is not alone in its job cuts plans. The Scandinavian airline SAS and Icelandic airline Icelandair also announced drastic cuts on Tuesday. SAS aims to almost halve the number of staff in the wake of the Corona crisis by up to 5000 positions. The reason for this is the lower demand for flights. The move is expected to affect around 1900 full-time workers in Sweden, 1,700 in Denmark and 1,300 in Norway.

“Covid-19 has forced SAS to face a new and unprecedented reality that will reverberate not only in the coming months, but also in the years to come,” said SAS CEO Rickard Gustafson. The company had already placed up to 10,000 employees – or about 90 percent of its workforce – on temporary leave during the Corona crisis.

Icelandair is looking for around 2,000 jobs to be cut. This is a response to the serious situation created by the pandemic for the aviation and tourism industry. All divisions of the company, but in particular crew, maintenance and ground operations, were affected by the measure. Icelandair hopes to offer those affected a new job once the markets have recovered from the pandemic, said company chief bogi Nils Bogason. The majority of the remaining employees will therefore continue to work part-time and the salaries of full-time employees will be reduced.