eTrendyStock
HomeNewsBAT wants to make Corona vaccine: Does a cigarette company save the...
News
May 6, 2020

BAT wants to make Corona vaccine: Does a cigarette company save the world? 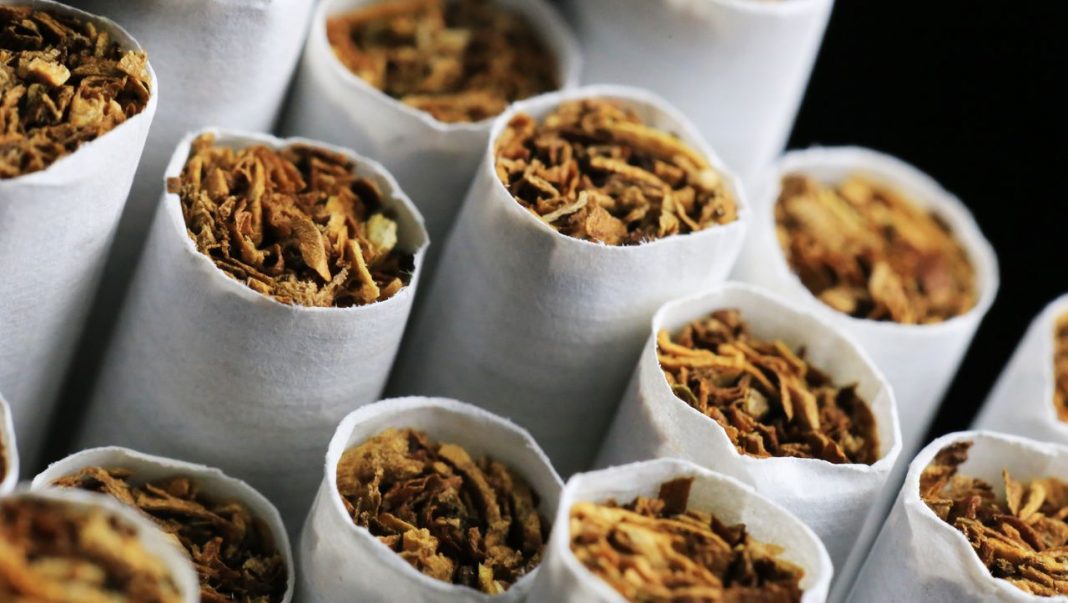 A cigarette company has probably never made so many positive headlines. “British American Tobacco is working on a plant-based coronavirus vaccine,” the London-based Guardian headlined. “Big Tobacco enters the race for coronavirus vaccination,” the Wall Street Journal wrote. “British cigarette companies are developing potential coronavirus vaccination in a huge ‘breakthrough’,” the Daily Mirror tabloid announced. And the Singapore-ies International Business Times even questioned whether tobacco multinationals are now “going from ‘killers’ to saviors.”

In the UK or the US, from the Philippines to Zimbabwe to Jamaica: at the beginning of April it went viral, the news of the alleged “breakthrough” at British American Tobacco (BAT).

The announcement of the Lucky Strike manufacturer on 1 April also sounded spectacular. Recently, Kentucky Bioprocessing cloned part of the genetic sequence of the virus, developed a potential antigen that triggers the formation of antibodies in the human body – and injects that antigen into tobacco plants for reproduction. The antigen produced in this way is now being preclinically tested.

“With the results of the tests positive, BAT hopes to be able to produce one to three million doses of vaccine per week from June with the right partners and the support of government agencies,” it said. There is no profit-making intention. And head of research David O’Reilly was quoted as saying, “Vaccine development is challenging and complex, but we believe that we have achieved a groundbreaking breakthrough with our technology platform using the tobacco plant.”

“Other vaccine projects are already more advanced in development”

In normal times, the highly profitable tobacco industry is pilloried. Because their products kill at least 15,000 smokers and passive smokers every day.  But in the midst of this devastating pandemic, BAT’s statement offers hope. A groundbreaking “breakthrough,” one to three million doses of vaccine a week as early as June – and not even a profit. Is it a cigarette company that is saving the health of millions of people?

Experts have doubts. “I am not overly optimistic that this project will provide us with a vaccine in the shortest possible time,” says Ralph Bock, professor at the Max Planck Institute for Molecular Plant Physiology in Potsdam, in an interview with SPIEGEL. And Stefan Schillberg, site manager of the Fraunhofer Institute for Molecular Biology and Applied Oecology IME in Aachen, says: “Other vaccine projects are already more advanced in development. This project is unlikely to catch up.”

Bock and Schillberg are luminaries in the scene; they have been researching the production of medicinal products from plants for years. In fact, certain plants and plant cell cultures are excellent biofactories. They can produce antibodies, vaccines or enzymes faster, in larger quantities or at a lower cost than, for example, when developing in bacterial cultures or in egg vaccine production.

For this purpose, the desired antibodies are injected into the plant using genetic engineering methods – for example, by inserting the genetic information of the antibody into a bacterium and thus infecting the plant. If this succeeds, the manipulated plant will produce these antibodies after a short time. And there is another advantage: plants cannot be affected by pathogens that could become dangerous to humans.

“Tobacco plants are used for the simple reason that they grow very quickly and the gene that encodes for the target protein is relatively easy to introduce,” says Fraunhofer researcher Schillberg. “This allows you to quickly generate a lot of biomass and a lot of product.” Because the plants are also highly toxic because of their nicotine content, there is no danger of contaminating food chains, adds Max Planck expert Bock. And: “The agricultural infrastructure for mass production is already in place”. In Kentucky, for example, where the BAT subsidiary Kentucky Bioprocessing (KBP) is based, tobacco is grown, harvested and processed in large quantities.

For the production of medicines, however, the researchers often do not use conventional smoking tobacco Nicotiana tabacum but but Nicotiana benthamiana, a related plant from Australia. This is used by KBP for corona vaccine development, as the parent company confirms in response to SPIEGEL’s demand.  The Canadian biotech company Medicago, which is partly owned by Marlboro manufacturer Philip Morris International, is also relying on Nicotiana benthamiana.

Many cigarette multinationals have long been looking for new uses for tobacco plants: to broaden their product range and get rid of the “killer image”. Nothing would be as helpful as winning the race for the first Corona vaccine. However, it looks as if the BAT subsidiary is not far ahead in this race, but rather behind – despite the announced June date.

“The production of an antigen in large quantities is only the very first step in developing a vaccine,” says Bock. “Then you have to test the antigen extensively to see if it triggers an immune response at all and how long it protects humans from the virus: first in animal models, then in human clinical trials. And these steps will take several months.” According to Schillberg, all these tests will take one to two years – if things go well.

How useful is the production of up to three million doses of vaccine?

The US biocompany Moderna started clinical trials for its coronavirus vaccine candidate as early as mid-March. BAT is far from over. In mid-April, a company spokeswoman wrote at the request of SPIEGEL: “We are exploring partnerships with government agencies to get our vaccine candidate to clinical testing as soon as possible.” The Question of a Timetable for Further Development leaves the Group unanswered.

What would be the point of producing one to three million doses of vaccine per week in June? After all, Kentucky Bioprocessing cannot use such amounts in patients before clinical trials are complete. As Max Planck researcher Bock puts it: “Kentucky Bioprocessing is a company that does not have much revenue from product sales. The focus is on getting research and development contracts: either from the public sector or from pharmaceutical companies.”

As uncertain as the suitability of the Kentucky tobacco vaccine is, the announcement by the parent company British American Tobacco has caused a stir around the world. The announcement has been used by both: the small US biotech company and the global cigarette multinational.