Around 8000 jobs away worldwide: Tui cuts jobs and hopes for summer holidaymakers 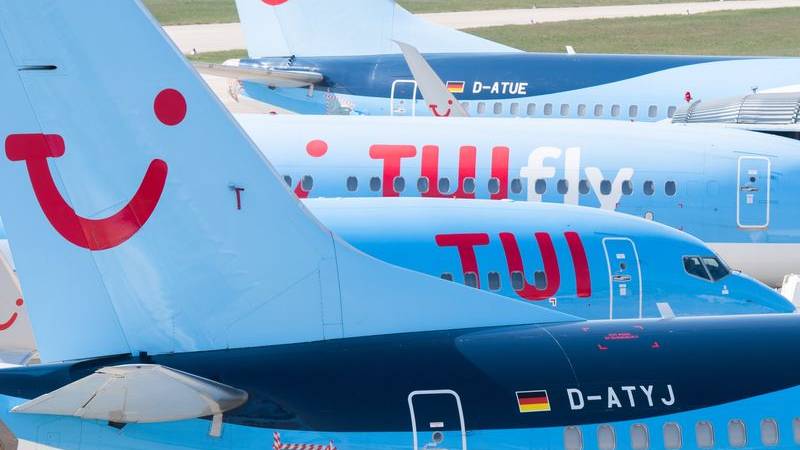 The travel company Tui wants to bring holidaymakers back to the Mediterranean as soon as possible after a lossy winter. The Corona crisis hit the company hard before the important summer season: Tui currently loses a three-digit million sum every month. Thousands of jobs are to be cut due to the increasing pressure to save money.

The situation remains uncertain, ceo Fritz Joussen said in Hanover on Wednesday: “There are no promises, no predictability, when air travel and boat trips from Germany are possible again.”

Nevertheless, Tui hopes to resume as much of the activities as possible in March, which were almost completely discontinued. So far, Tui Germany has cancelled all trips until June 14.

German Foreign Minister Heiko Maas said on Wednesday that a gradual lifting of the global travel warning for tourists could begin with European countries. However, the SPD politician did not give a date for this. Where and from when customers can go on holiday again is therefore still unclear. At Tui, the summer program is currently only 35 percent fully booked. “The season starts later, but could take longer,” Joussen said.

The Tui chief was optimistic about Spain and Greece: If the number of infections remained relatively low regionally, there was “no reason that one could not go there”. Health protection must be a priority. “Holidays in Europe, if they are safe, should be possible.” A good signal is that bookings for 2021 are doubling. However, a “full recovery” will probably not come until 2022.

In Spain, however, the government had only unexpectedly imposed a two-week quarantine for all foreign arrivals on Tuesday. Carlos Garrido, President of the Association of Travel Agencies of the Country (CEAV), spoke of a “disaster”.

Tourism is one of the sectors hardest hit by the pandemic, with air transport and hospitality. In Berlin, Frankfurt, Hanover, Leipzig, Dresden and other cities, travel agency owners and medium-sized travel operators demonstrated on Wednesday with buses for state aid.

At Tui Germany, many employees are already working on short-time work. The Group now wants to reduce administrative costs by 30 percent. At the presentation of the latest business figures, Joussen said: “Worldwide, this will have an impact on around 8000 jobs that we do not fill or cut.”

This makes the plans for a sharper austerity policy more concrete. “The Tui should emerge stronger from the crisis,” explained Joussen. “But it will be a different Tui and a different market environment than it was before the pandemic.”

In the first half of the year (October to March), the Group posted a net loss of EUR 892.2 million, more than two and a half times as low in the red as in the same period of the previous year. Earnings before interest and taxes, adjusted for special effects, plummeted by almost 175 percent to minus EUR 828.7 million. Sales fell slightly by 0.6 percent to EUR 6.6 billion.

Winter losses are typical in the industry itself, with companies making the most money in the summer. However, this is now causing major problems because of the viral crisis. Flights and cruises are cancelled, and many countries have restricted public life.

Tui wants to gradually resume hotel operations. For example, to protect against infection, customers will check in online, use distance rules, or reduce the capacity of restaurants and attendees of sports and entertainment events.

The holiday options in Germany are now gradually being reopened. On Sylt and mecklenburg-Vorpommern, the first Tui hotels are scheduled to reopen in the coming days. However, restrictions such as lower guest numbers continue to apply.

In some areas, Tui also wants to expand the range. One option: “We’re going to do mini-cruises. We are moving ships to northern Germany.” It is about “short cruises in the North Sea with only 1000 guests on the ship, in order to ensure safety here too”.

On the whole, Joussen expects a recovery: “Summer holidays in Europe can now be gradually made possible again – responsibly and with clear rules.” For business travel, he expects home office experience to lead to lower demand after the crisis. However, there is hardly any alternative to holiday travel: “What else do you want to do? Watching a movie?”»

In order to ensure its solvency, the Group receives a loan of 1.8 billion euros through the state-owned promotional bank KfW. Joussen stressed that this was important – but that new ideas also needed to ensure a rapid return to a stable business.

At present, EUR 250 million in cash is being withpassed from the company each month. The longer the travel stop, the more likely customers would be to reclaim their down payments. As a result, the outflow of funds could increase by between EUR 100 and 200 million. “In this respect, we must try to resume our business as quickly as possible.”

The European Commission announced on Wednesday that it would take action against member states that disregard consumers’ right to reimbursement for cancelled trips. Germany, too, originally wanted to oblige consumers to accept vouchers instead of refunds, but, after resistance from Brussels, he distanced themselves from them.