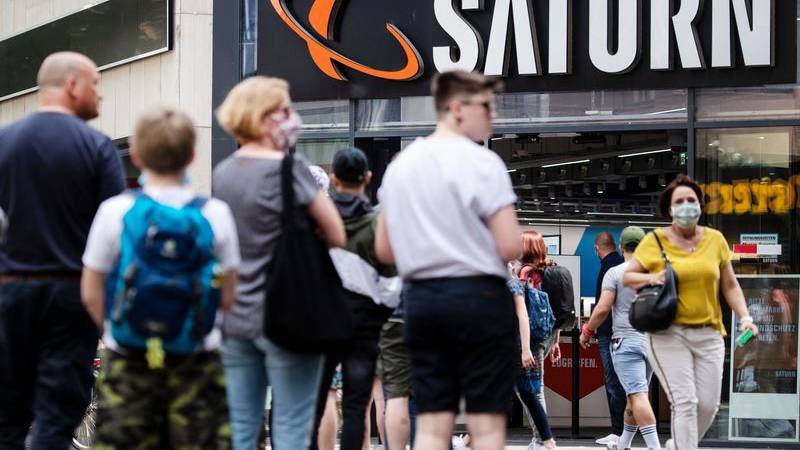 The electronics chains Media Markt and Saturn experienced a veritable customer rush in the first few days after the reopening.

Due to the demand congestion caused by the store closures, sales in individual markets were twice as high as usual, reported Bernhard Düttmann, head of the Media-Saturn parent company Ceconomy.

However, the electronics retailer does not expect this onslaught to continue. On the contrary, given the rather gloomy economic outlook, Düttmann expects “that consumer spending in general and also for consumer electronics will be lower than it was before the crisis” – and possibly for a longer period of time.

However, the electronics retailer, which has just secured a EUR 1.7 billion credit line from KfW and a banking consortium, is prepared for the challenges ahead. “Even if a second covid wave comes, we are well placed to cope with this,” said Düttmann.

According to the manager, the pandemic will change the electronics trade in a lasting way. The rise in online sales during the crisis would remain at a high level, even if the store recovered, Düttmann predicted.

Media Markt and Saturn had quadrupled their online-only sales in April. However, even this online boom could not compensate for the losses caused by store closures across Europe. Overall, the electronics giant’s sales fell by 6.6 percent to 4.6 billion euros between January and March. The net result in the second quarter of the 2019/20 financial year was a net loss of EUR 309 million, up from EUR 20 million in the same period of the previous year.

But Düttmann also sees opportunities in the crisis. He expects the pandemic to accelerate market consolidation and wants to seize the opportunity to gain market share. The Group also intends to adapt to the new situation in its offerings and to increasingly offer products from the home office, home entertainment and home-schooling sectors in order to attract customers to the stores.

During the Corona crisis, Ceconomy had to close 90 percent of its stores at times. In the meantime, however, 92 percent of the stores – including all stores in Germany – have reopened, Düttmann reported. At times, more than 30,000 of the electronics retailer’s 34,000 employees were on short-time work.