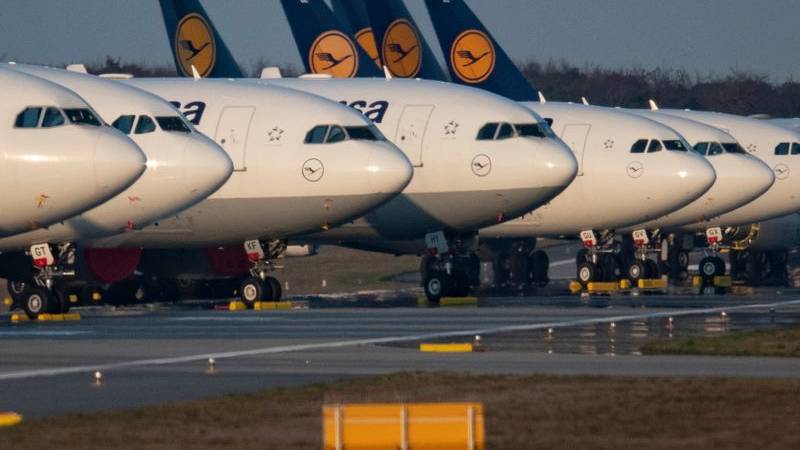 A multibillion-dollar rescue package for ailing Lufthansa is approaching. The package is worth between nine and ten billion euros, the German Press Agency learned from government sources at the weekend. Shortly before the decision are also new aids for the holiday airline Condor.

At Lufthansa, it is unclear how the Federal Government will help the Dax Group and how much say the policy should have in the event of temporary state participation. There are different positions in the coalition on this.

As the dpa learned, negotiations are under intense pressure. There should be high-level talks next week. A top-level meeting between Chancellor Angela Merkel (CDU) and federal ministers and Lufthansa chief Carsten Spohr earlier this week was not confirmed in the chancellery on Sunday. It went on to say that there was in principle no information on the Chancellor’s talks. A ministerial meeting was also not confirmed at the Federal Ministry of Economics.

The dpa had previously learned from government circles that there should be a meeting of Chancellor Merkel, Finance Minister Olaf Scholz (SPD), Economy Minister Peter Altmaier (CDU), Transport Minister Andreas Scheuer (CSU) and Spohr earlier this week. Previously, the “Bild” newspaper had reported that such a top-level meeting was planned shortly.

Lufthansa has run into difficulties due to the massive flight cancellations. The company said on Thursday that it could no longer save itself from the Corona crisis on its own.

The state could now support Europe’s largest aviation group with fresh equity or loans. One model could be a so-called silent participation of the federal government. The shares would either have a fixed interest rate or a dividend would be paid. However, the Confederation would not have a right to vote.

The Federal Government had decided on a stabilization fund with which the state could participate in companies in the Corona crisis if necessary. However, the fund is not yet operational. The Federal Government is working on a legal regulation with precise criteria. The EU Commission must agree. Because of the large volume, this also applies once again to a Lufthansa package, as it is called in Berlin. Conditions could be envisaged.

There is a dispute in the black-red coalition over the form of state aid for the airline. SPD Bundestag Group leader Rolf Mützenich refuses to participate quietly. “If companies like Lufthansa receive billions of dollars in state aid from taxpayers’ money, they must also have a say for the federal government,” he told the Bild newspaper. “This is essential out of responsibility for the employees.”

On the other hand, Union Group Vice-President Carsten Linnemann (CDU) told the Handelsblatt newspaper: “If the state participates directly and politicians influence business decisions, then this must be very well justified. I have not heard of any such justification.” Even in the case of a silent shareholding, Lufthansa must comply with the rules of the Stabilisation Fund, for example when paying dividends. In order to prohibit them, the state does not need a seat on the Supervisory Board.

Lufthansa CEO Spohr has already prepared the airline’s employees for tough times. He announced a reduction in the fleet, saying the company had a mathematical overhang of 10,000 employees. “However, we will continue to do our utmost to keep as many employees on board as possible,” Spohr said in an internal message to employees on Friday.

Until now, Lufthansa had mentioned the number of 7,000 jobs that could be lost due to the crisis. Among other things, the operation of the company “Germanwings” is to be discontinued. Before the outbreak of the pandemic, Europe’s largest aviation group had around 130,000 employees and 760 aircraft worldwide. Even before the Corona crisis, the Group planned to sell the lSG Sky Chefs catering division with around 35,000 employees worldwide.

Meanwhile, a decision on new state aid for the private holiday airline Condor was expected in a timely manner. The Federal Government wants to extend the credit framework for society, but the EU Commission must agree to this.

The renewed rescue of Condor had become necessary in the course of the Corona crisis: the Polish aviation holding company PGL had cancelled the takeover of the German holiday airline, which had already been agreed in January, due to its own problems. The Frankfurt-based company Condor, with around 4900 employees and more than 50 aircraft, had gone into a protective shield procedure after the bankruptcy of the British parent company Thomas Cook in September 2019 and was rehabilitated there.

Condor had received a bridging loan of 380 million euros guaranteed by the federal government and the state of Hesse in autumn 2019. It is understood that this will be supplemented by new funding. The target is a new credit framework of EUR 550 million.

In other countries, airlines also receive government support. For example, the aviation group Air France-KLM can count on state aid from France and the Netherlands of between nine and eleven billion euros.